Stay up to date on what is ready for harvest,

workshops or other relevant events of interest.

We hate junk mail and do our best to limit communications.

We begin planting seeds in March in order to sell starts around mid-May. We have an array of vegetables and herb varieties that do well in Southeast Alaska.

When conditions allow we save our own seeds.

We have the basics to grow your best garden! Jen and Larry are avid gardeners who have grown all the vegetables we consume for more than 20 years. For many of those years our garden was in a small valley outside of Fairbanks, where the already painfully short summers were cruelly truncated by cold air settling in the valley bottom on still days.

Some years we experienced frost every month of the year. We were forced to considerable lengths to keep our garden vibrant.

Having moved to the far more convivial climes of Gustavus ten years ago, we’ve been pleased with the longer growing season and permafrost free soils. Jen’s zeal at new growing opportunities quickly swelled our garden to the point that we began selling produce in 2015.

Jen studied Sustainable Agriculture at Sterling College , currently recognized as the top college in the nation for serving food that’s local, sustainable, humane, and fair trade. From there she worked on organic and biodynamic farms across the country until settling in Alaska where she has continued to keep her hands in the soil, working for years with John & Jo Papp at Papps’ Produce where potato varieties abounded, and whose legacy now is continued by their daughter at Bender Mountain Farm

Our lone foray into inorganic chemicals:   with perhaps undue relish, Larry sprays a dilute ammonia solution directly on each of Satan’s minions, THE SLUG!

Thanks to the small farm friendly folks at the USDA, we are not allowed to use the most common and obvious adjective to describe our growing practices without paying through the nose, so we shall describe them instead and let you fill in the blanks. We employ many of the standard practices of the aforementioned unmentionable word to keep our soils healthy and productive, to-wit:

Our progress over time 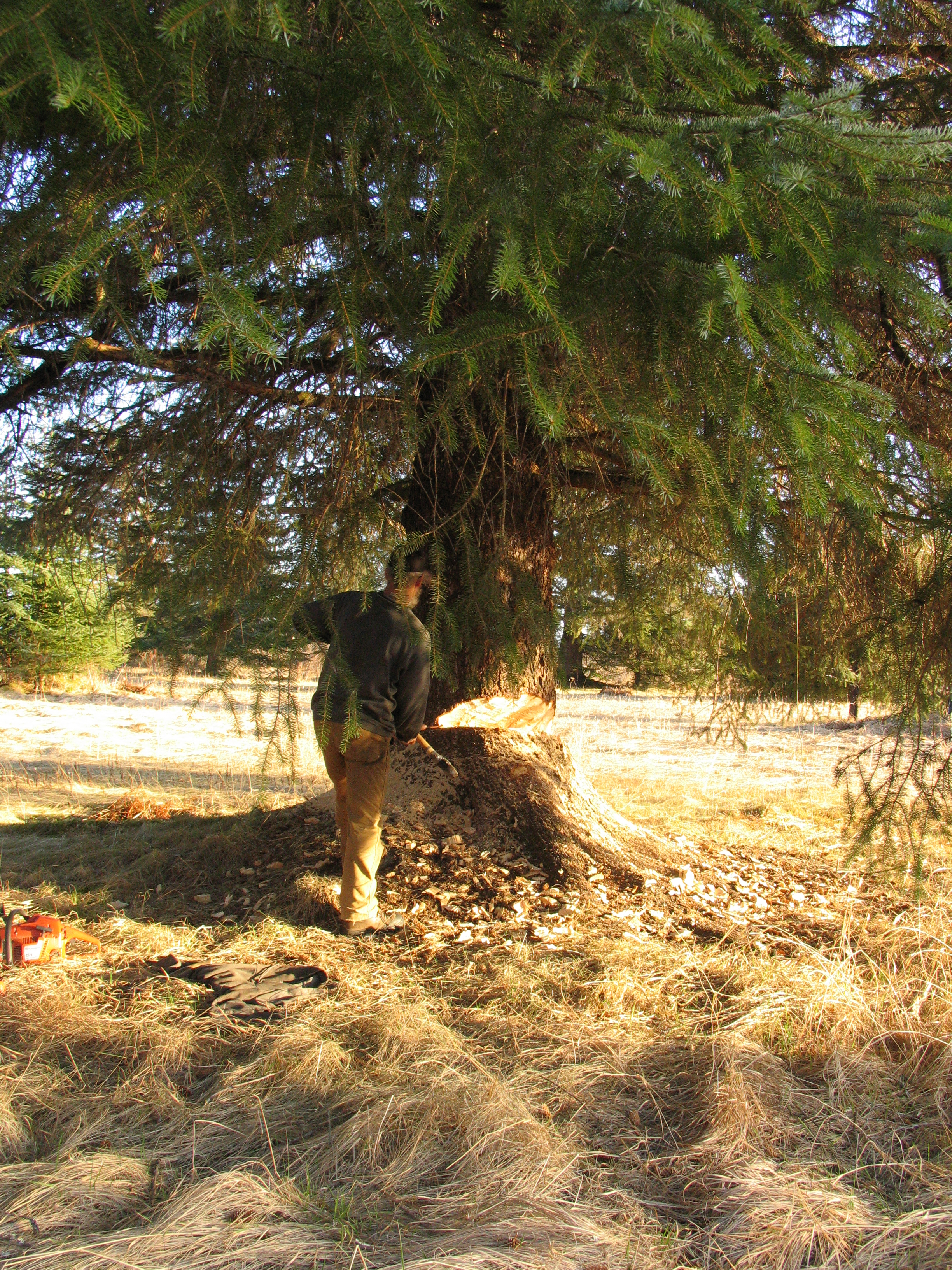 Spring 2013, clearing for the greenhouse 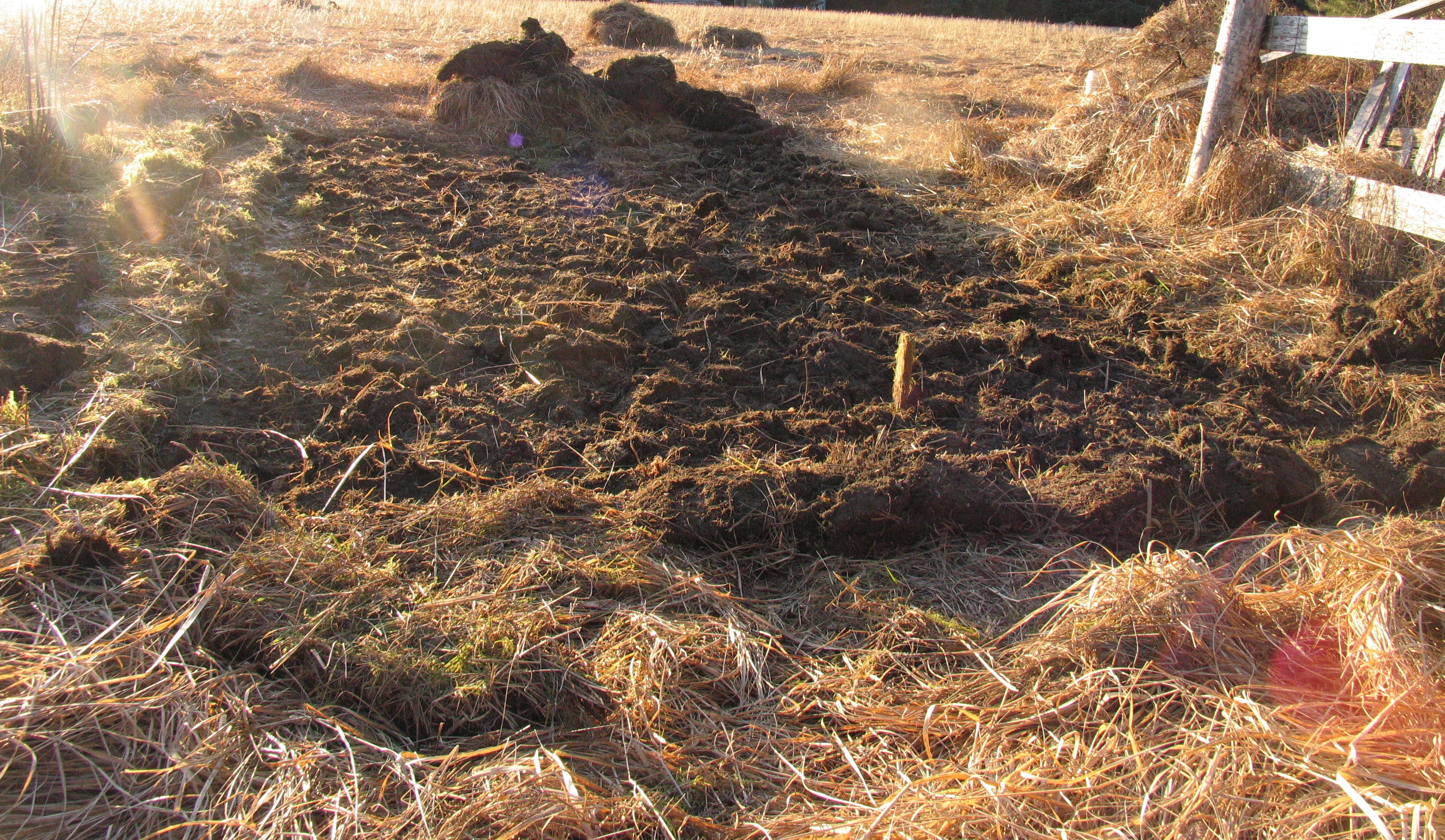 2013:  Making bed with shovels and pulaski

Hand tools get the job done with patience and persistence, spring 2013 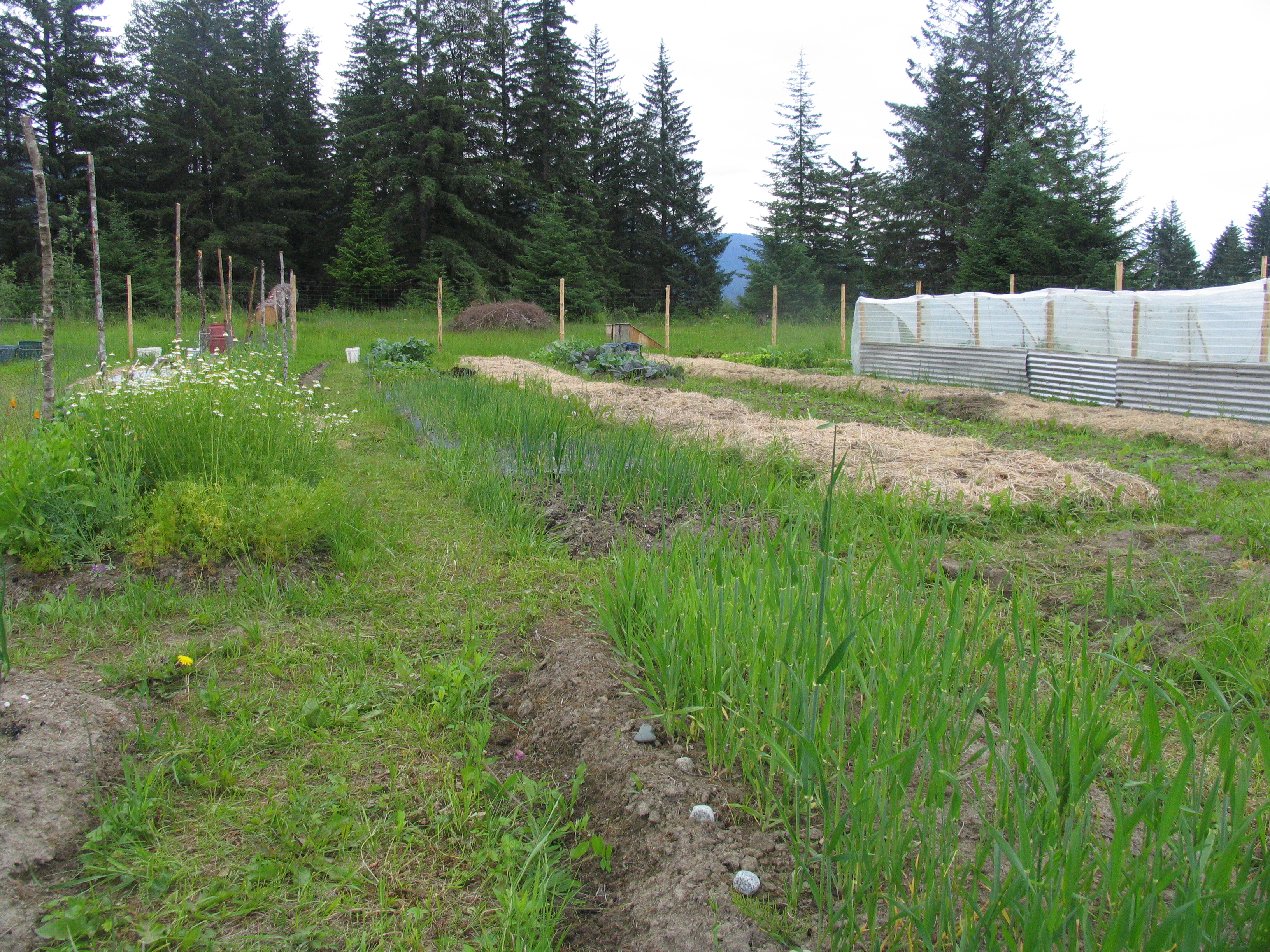 A work in progress: 11 beds 30 feet long were enough to provide us with enough greens, cabbage, carrots, onions, garlic, potatoes, tomatoes, parsnips, and preserves for the year.

So excited to have a greenhouse!

We use polycarbonate for the roof.  And scavenged large double pane glass windows repurposed into single pane windows.

Looking more like a garden, we started selling small amount of excess produce.  Fenced to keep moose from dining on our luscious greens. 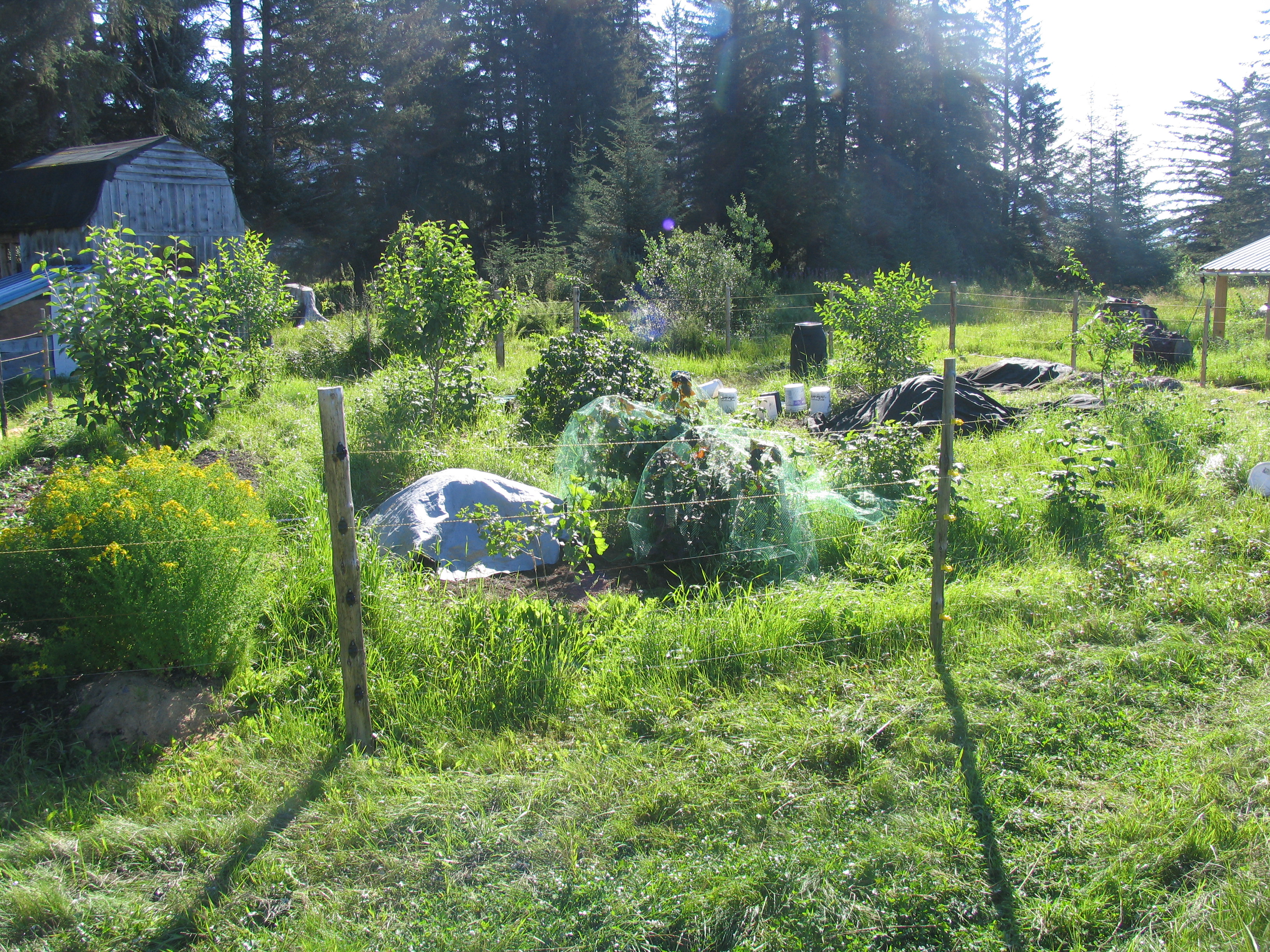 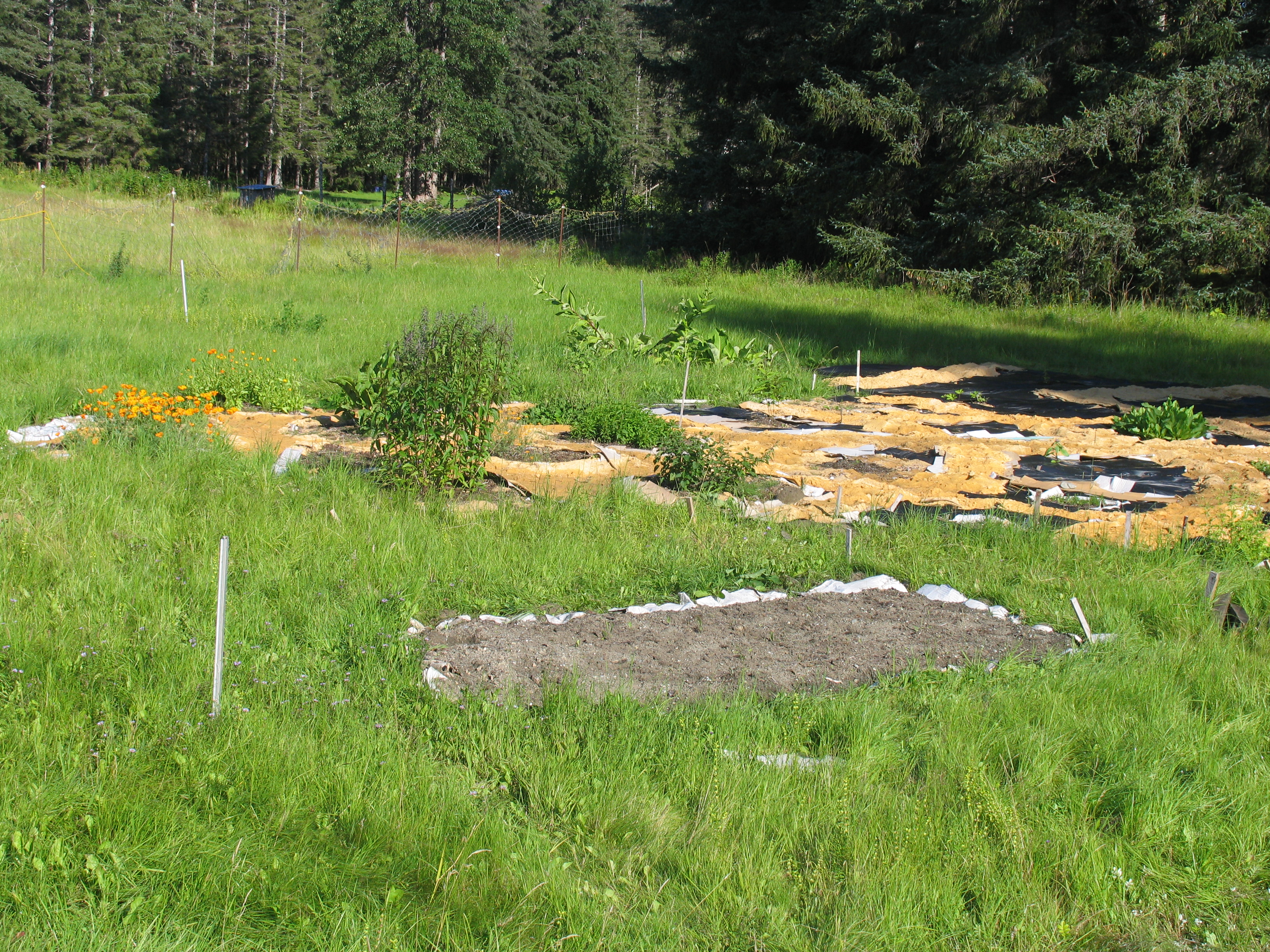 Humble beginnings for the herb garden 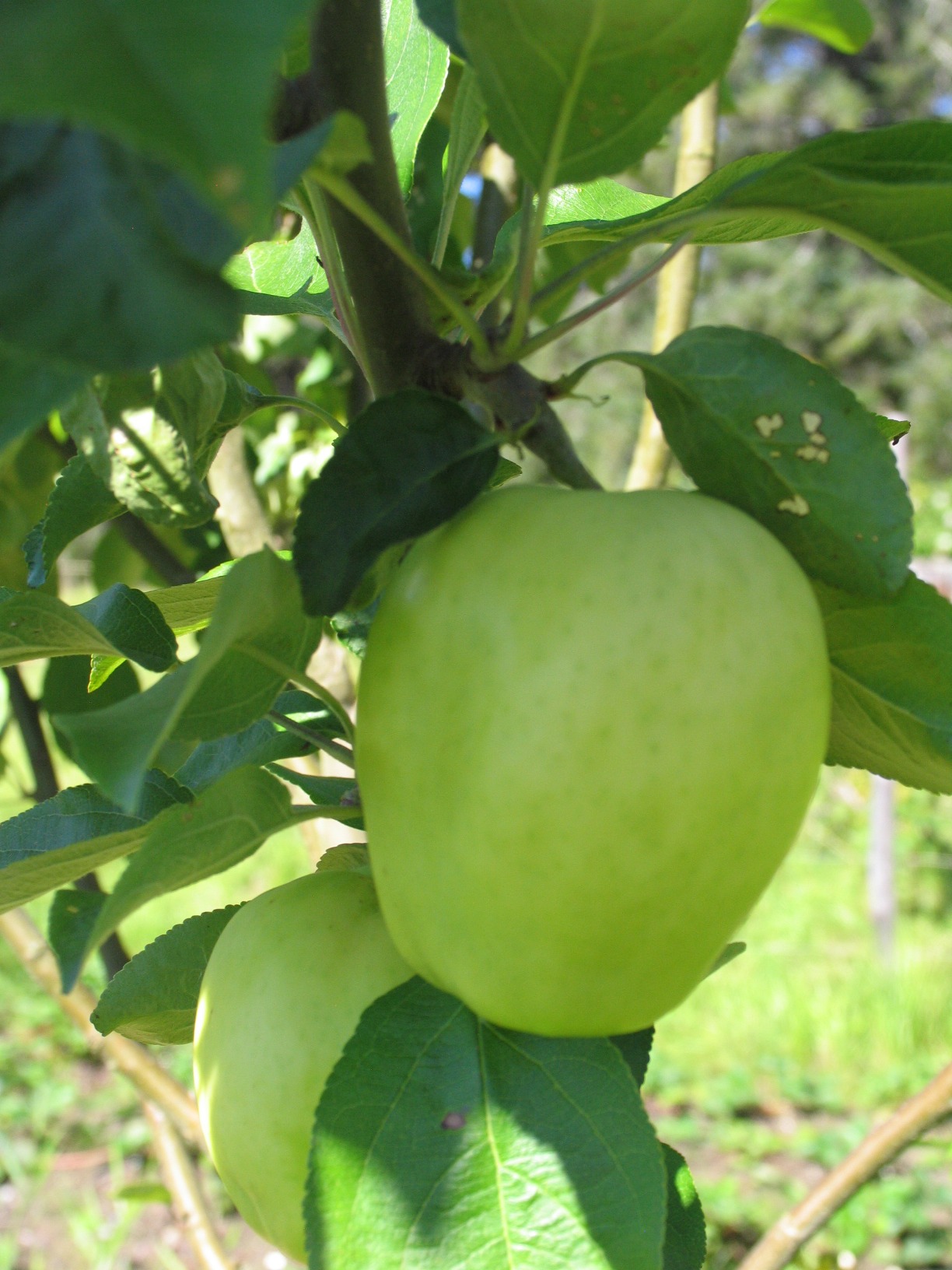 2016: Enjoying the Fruits of our Labors

The garden now provides a years worth of produce for our use and we expand our produce market in Gustavus. 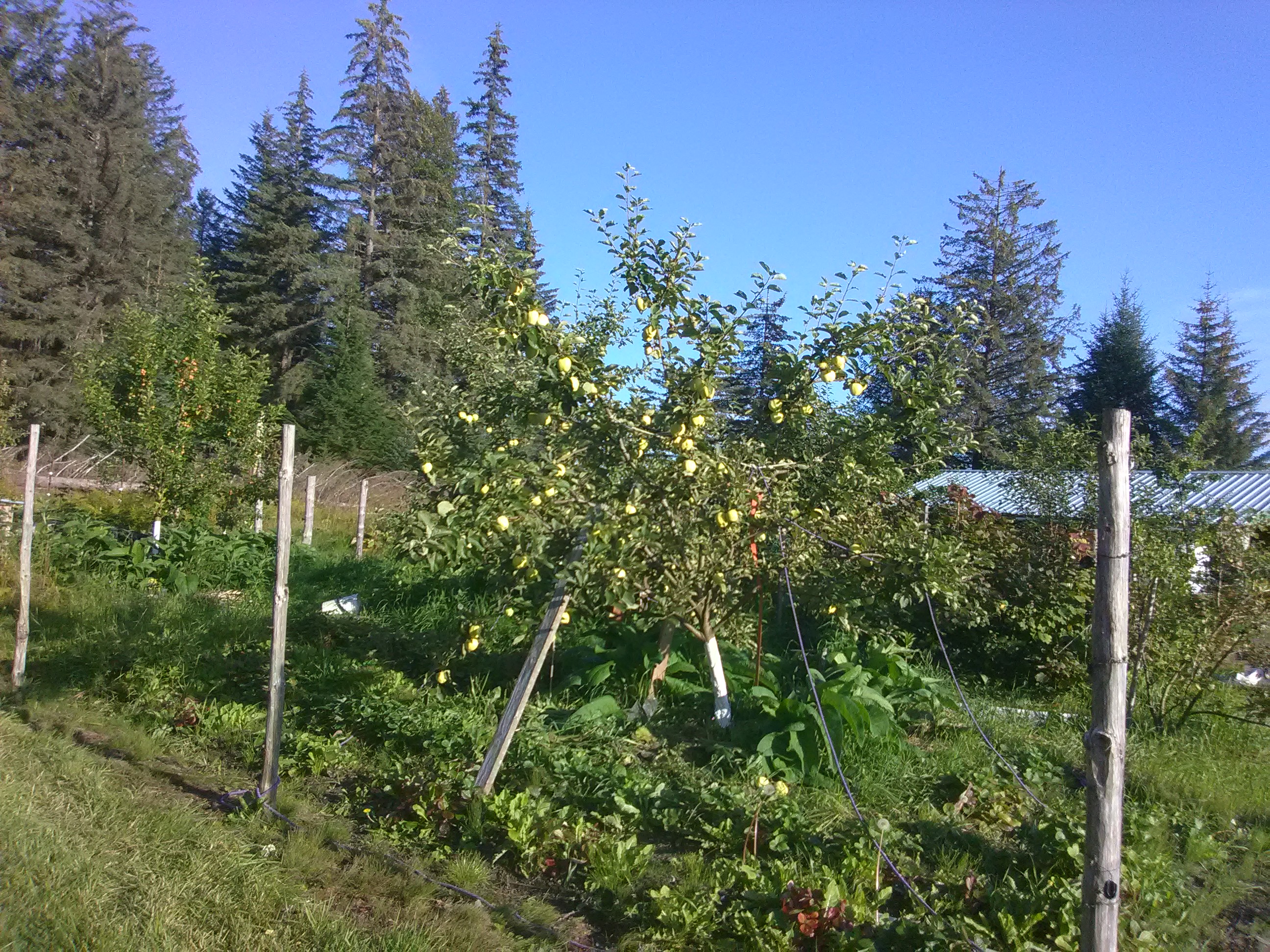 The orchard continues to expand.

And present challenges in our wet climate. 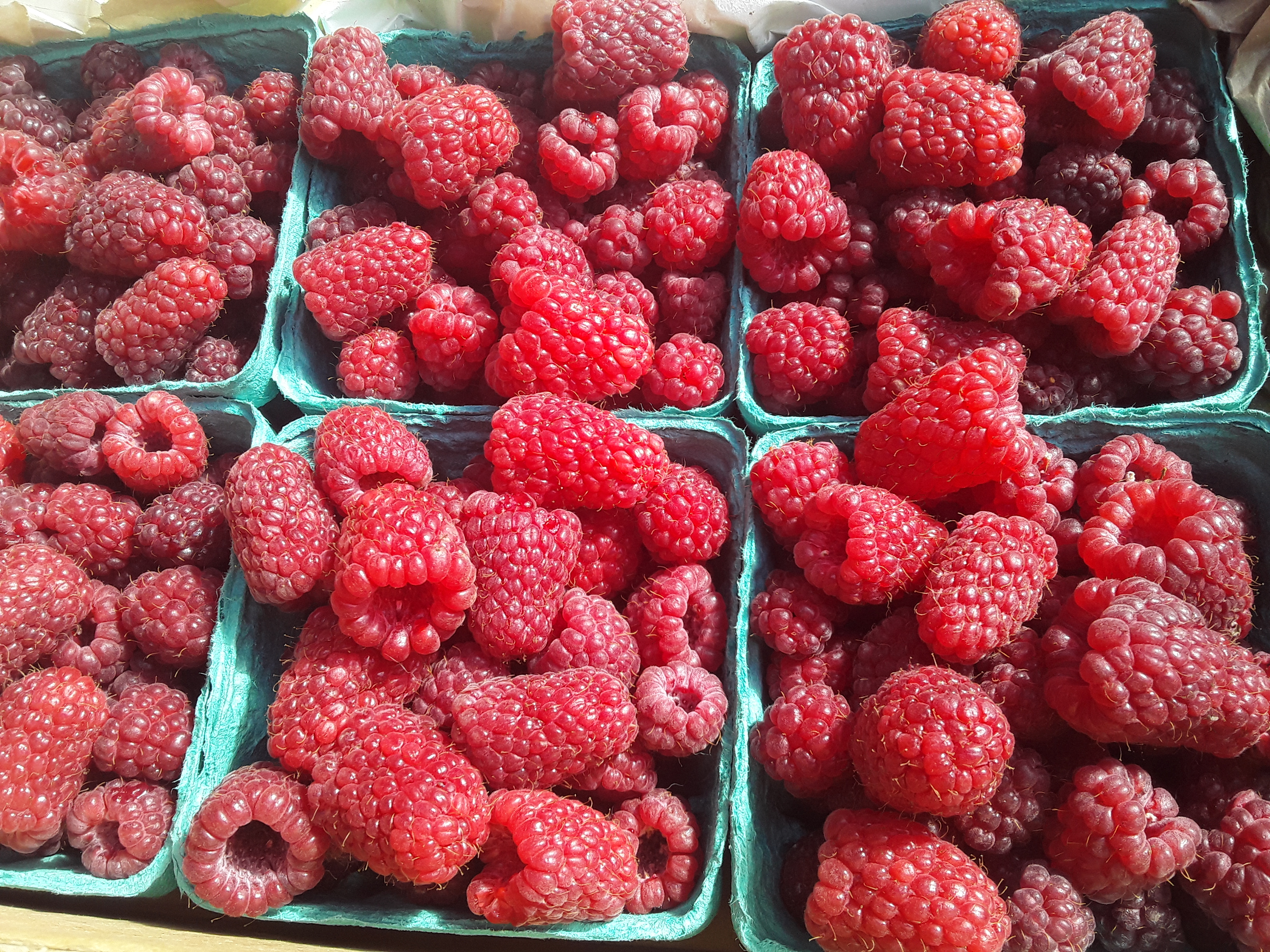 2021: Continuing to Enjoy the Fruits of our Labors

The garden provides a years worth of produce for ourselves.  We market our produce in Gustavus and Juneau.  Our herb are sold in Gustavus, Juneau, and Sitka.

We are grateful for the enthusiastic support! 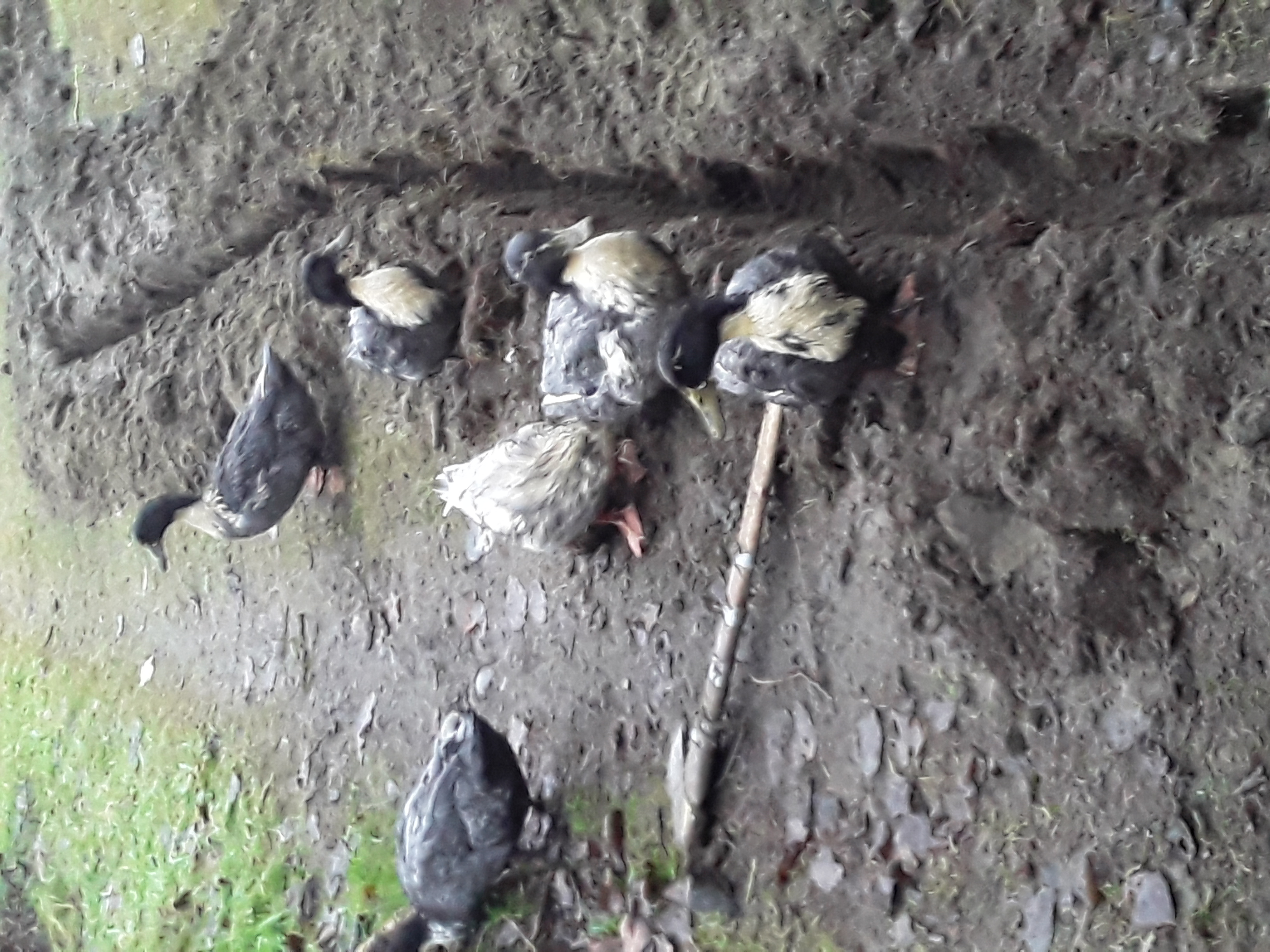 We have signed the safe seed pledge:

"Agriculture and seeds provide the basis upon which our lives depend. We must protect this foundation as a safe and genetically stable source for future generations. For the benefit of all farmers, gardeners and consumers who want an alternative. We pledge that we do not knowingly buy, sell or trade genetically engineered seeds or plants.The mechanical transfer of genetic material outside of natural reproductive methods and between genera, families or kingdoms, poses great biological risks as well as economic, political, and cultural threats. We feel that genetically engineered varieties have been insufficiently tested prior to public release. More research and testing is necessary to further assess the potential risks of genetically engineered seeds. Further, we wish to support agricultural progress that leads to healthier soils, genetically diverse agricultural ecosystems and ultimately healthy people and communities."